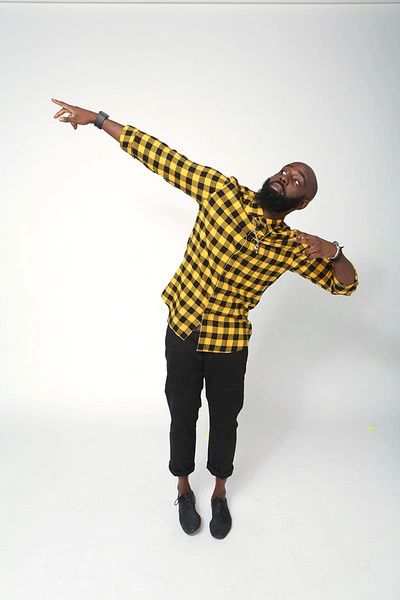 Explore the dark (& light) side of my mind through my original pieces.

Alex B. Ampadu Jr. was born on the east side of Buffalo NY to a midwestern mother and a Ghanaian father. Struggling with the challenges of growing up in a rough neighborhood, Alex escaped by immersing himself in science-fiction, fantasy and comic books.

Inspired by the books he read as a child and the West African storytelling of his father, Alex set off for the University of Rochester where he acquired a degree in Creative Writing and Biology. Alex spent several years working in health care but eventually decided to pursue his true
passions, music and creative writing.

As a writer, he’s digitally released the Graphic Novel “Gateway to Greatness” through the Comixology imprint. He’s also written articles on music, film and comic books, for several online outlets. As Hip-Hop artist “P.SO the EarthTone King,” he’s released a number of critically acclaimed
albums, independently and under the HipNott label.  Alex has had the opportunity to teach creativity to students for the Sotheby’s institute of Art as well as present his works at San Diego Comic-Con’s Hip-Hop and Comics Panel. Currently, Alex lives with his wife in Brooklyn, NY.

Deep in the far reaches of outer space, a young cowboy must tangle with treacherous pirates, capture mystic creatures and overcome a malevolent empire in order to liberate her people and unravel the secret mystery of her human ancestry.

A content moderator’s mundane world is irrecoverably changed when she stumbles upon an ancient order of sorcerers who enslave the world with dark magic. She will risk everything to stop their influence even if it means joining forces with the heir to the dark cult who has sinister plans of his own...

How do you make it to the top?

Alvin Astor is an aspiring hip-hop artist and comic book writer living in New York City, or at least he's attempting to. Struggles with money, music and relationships, push Alvin into some bad choices. As his problems reach a boiling point, Alvin is forced to make some harsh decisions about his future. That's when things get weird...

Death...the first stop to freedom.
A slave soldier born into service of a corrupt Nation joins a revolution led by her cunning and fearless lover. Together they will sacrifice life, love and their souls for freedom. After a tragedy that brings her to the edge of death, the soldier has one chance to change the course of his destiny: mastering the ancient art of Necromancy.
Dive deep into this dark fantasy that blends love, war and magic into a journey that will take you further into the afterlife than you’ve ever gone before.